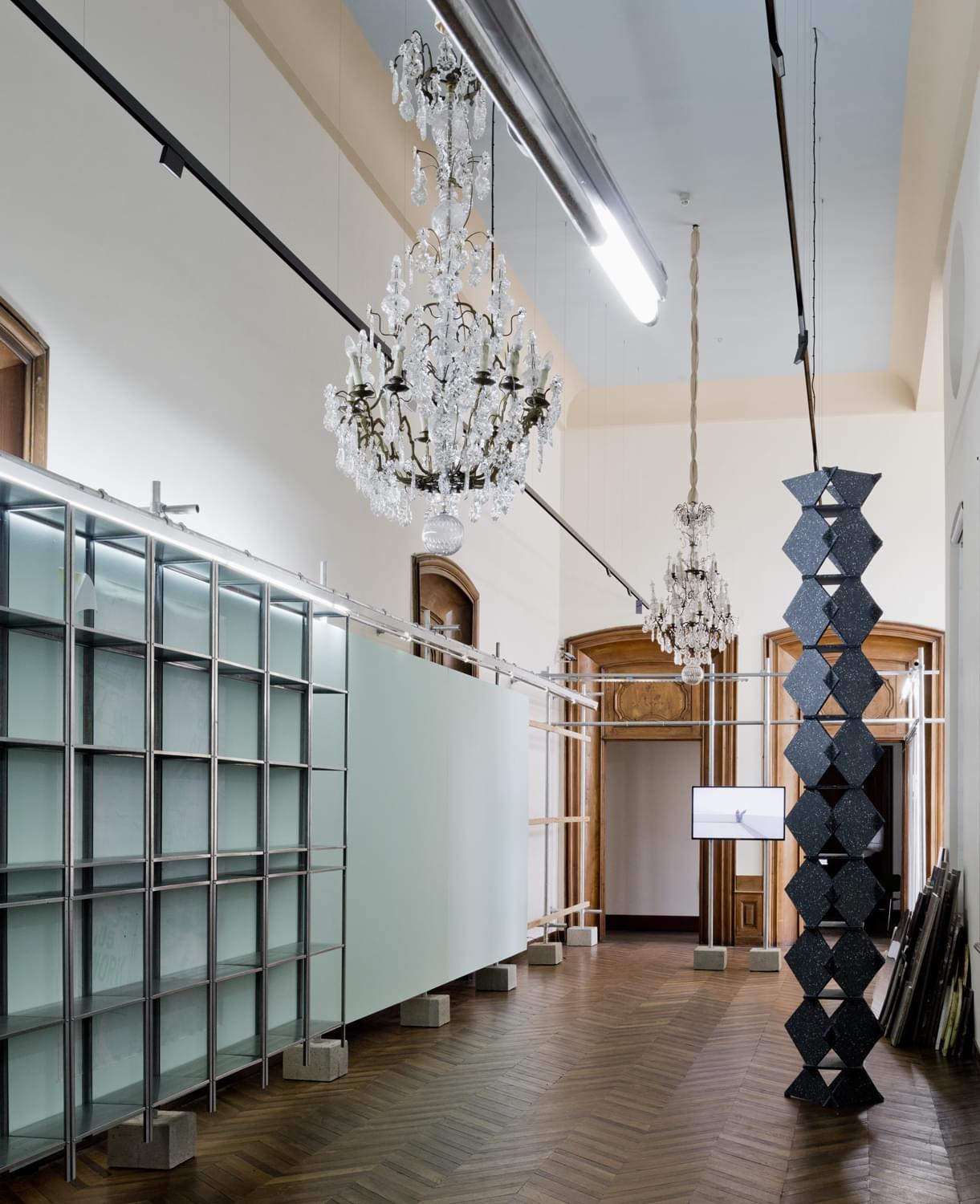 Manor Grunewald focuses on the process of transforming images, whereby the printing process itself, as well as the results achieved with various printing techniques, plays a special role within his compositions, in which order and chaos, the creating, breaking, interrupting and dissolving of structures, are all key elements.

With his most recent series titled “External Hard Disk (E.H.D)”, examples of which are presented in the current exhibition, he delves as a first step into the mechanisms and printing process techniques of the 1970s and 80s. As the starting point of his pictorial compositions, he uses coloured films, which were used by graphic designers at the time for the simulation of colours in layouts. Onto the still partially transparent films, a coloured dot matrix was printed, with which—when laid over the layout—simulated a coloured printing result.

Grunewald’s pictures are created within a field of tension somewhere between chaos and order. Viewed on a micro-level, numerous details from the creative process are revealed, including micro-rasters, grid structures, etc., whereby these details are held in place and surrounded by large basic geometric structures. This approach is also applied to his sculptures: He builds and creates structures and then partially deconstructs them again. In the current exhibition, the sculptures are comprised of industrial shelving, the steel braces and individual shelves of which are laid out in geometric sequences. Simple forms are repeated à la Donald Judd and placed into the gallery space. On the shelves, one also finds industrial cardboard files, which—positioned side by side—also create a serial system and, seen from a distance, appear as a raster grid within a frame. On some shelves, the files are missing, so that structures are once again dissolved and repetitions interrupted.