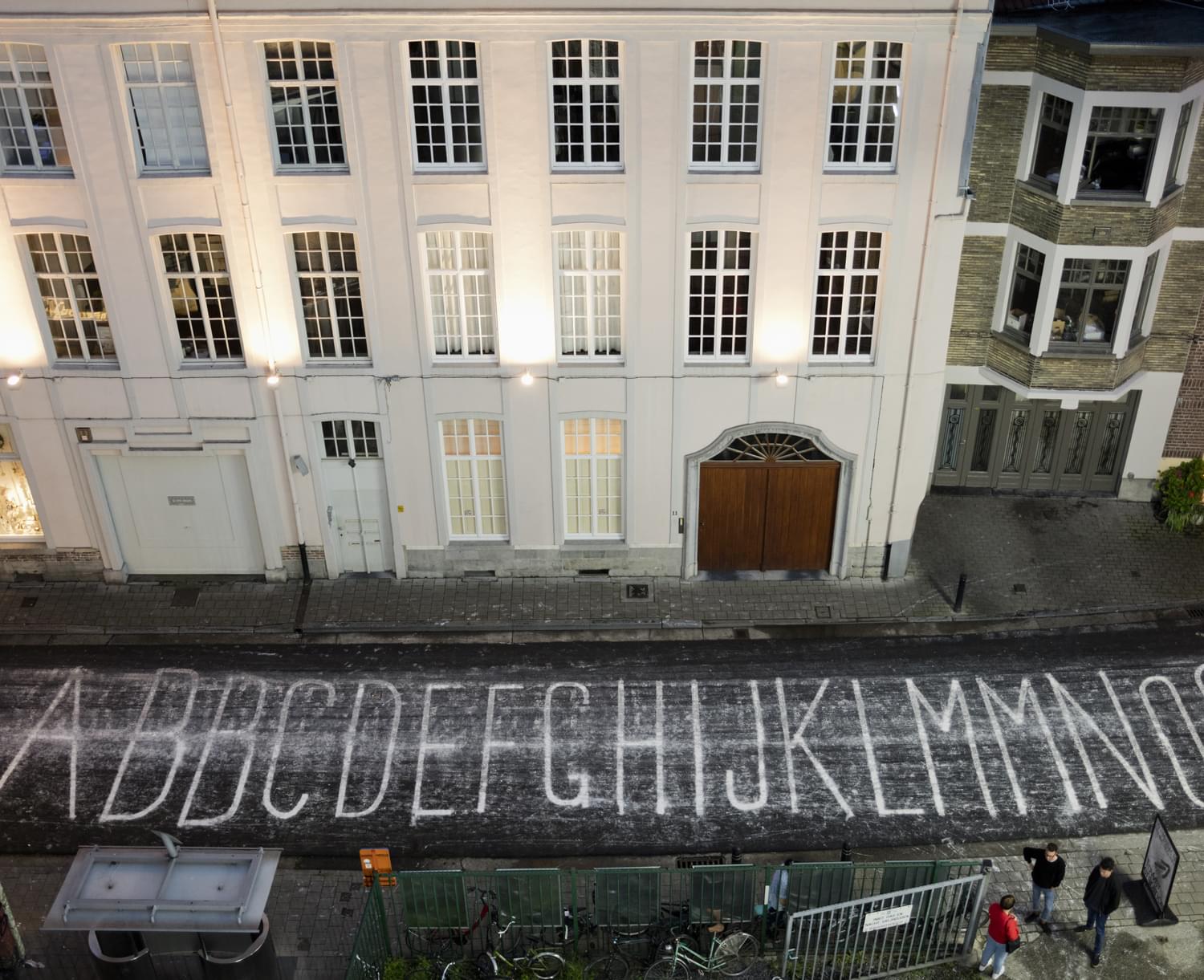 Ilke Gers will write the alphabet on the street in front of the Design Museum with a line marker.

ABCs is part of a series of works investigating road marking and signage systems, and the actions of workers who create these public signals. Connecting labour, movement and reproduction, she addresses the processing and standardisation of language and the human body in designed systems. The movements of workers – who often use idiosyncratic and site-specific improvised techniques – is linked with the behaviour of pedestrians who utilise or respond to their public work as a social choreography.

Ilke Gers (NZ) is an artist based in Rotterdam. Her work includes performances, installations, workshops, texts, videos and publications that bring movement, behaviour, social and spatial conditions into play. She works with direct lived experience in a local environment, making context specific performances and installations. She is interested in how the body is shaped by the physical and social environment – the social, cultural and political structures impacting on the body and behaviour – and how the prevailing environmental orders can be disrupted and re-imagined by generating a space for encounter and experience. Recurring elements in her work include testing ideas of circulation (of bodies, thoughts, sounds, breath, signals), collaboration and cooperation, feedback loops and exchanges in the relationship between performer and audience.

She was a participant at the Werkplaats Typografie, and resident at the Jan van Eyck Academie from 2014-2015. Her work has been presented at D21 – Kunstraum Leipzig, Beursschouwburg Brussels, Tent Rotterdam, Kunsthuis Syb Beetsterzwaag, Joey Ramone Rotterdam, 019 Gent, De Appel Amsterdam, Van Eyck Maastricht and Kunstverein Amsterdam. She is part of art and publishing collective Action.