Direction without orientation, A Talk By Common Room 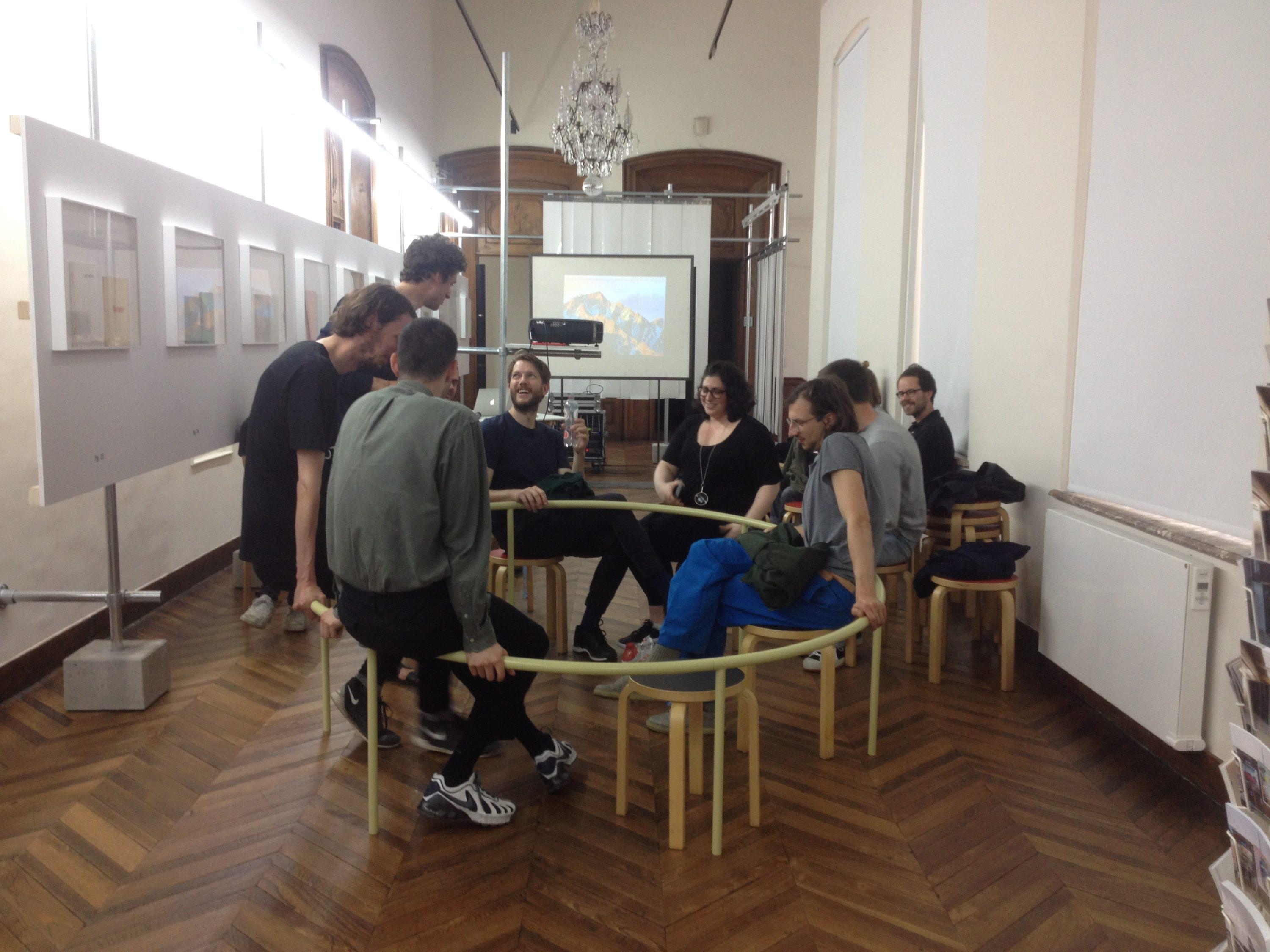 Common Room is an architectural practice with a publishing imprint, and an exhibition space. it is collaborative platform based in New York city and Brussels. Common Room is comprised of architects Lars Fischer, Maria Ibañez and Todd Rouhe; Rachel Himmelfarb; architectural researcher Kim Förster; and graphic designer Geoff Han.

“My very first circle in space with the quality of place—what with the seat, warmth from the stove—and the little mystery that circles do occasionally provide… It’s the ring and the disc
I’m particularly attracted to—not radials, which is why I draw circles, round odd tins, saucers and plates instead of using a compass (the ancient Peruvians worshipped both the sun and moon, were incomparable highway builders, yet highway builders managed without wheels).”