The Refused Proposals For The Flag Of Europe 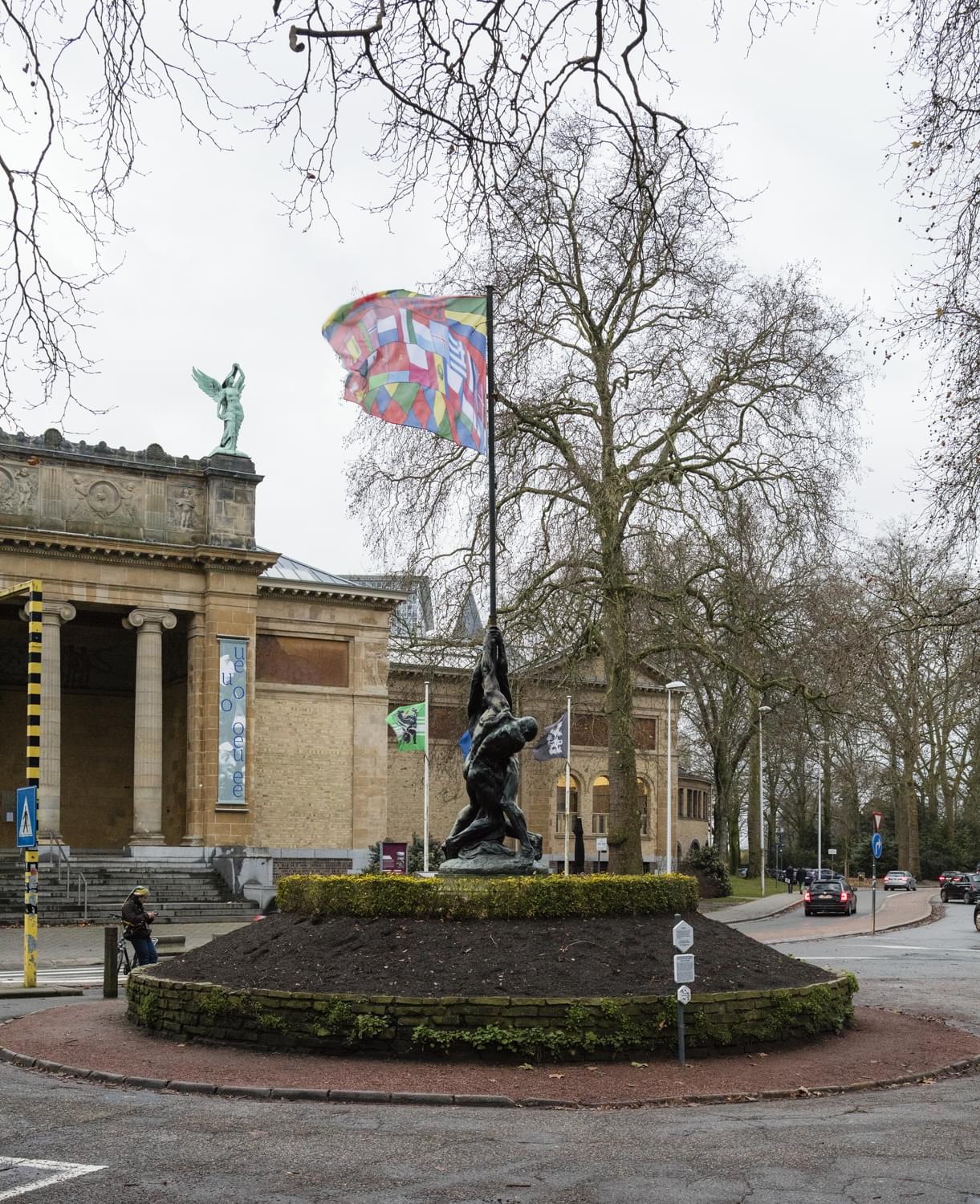 When on 8 December 1955 the Council of Europe chose a design with 12 yellow stars arranged in a circle on blue background as the new flag of Europe, they refused more than 200 proposals that people had submitted until then. Each proposal documents an idea of Europe; while some of the proposals load existing symbols with new meaning (e. g. the sun, the E, the star, the key, the tiger), others use abstract forms to create new symbols.

Designer Jonas von Lenthe has chosen 14 of the refused proposals and translated them into flags. They will be hoisted on 8 December 2017 – exactly 62 years after their refusal –, one on the flag pole in front of S.M.A.K. and the other 13 on the rooftop of 019.