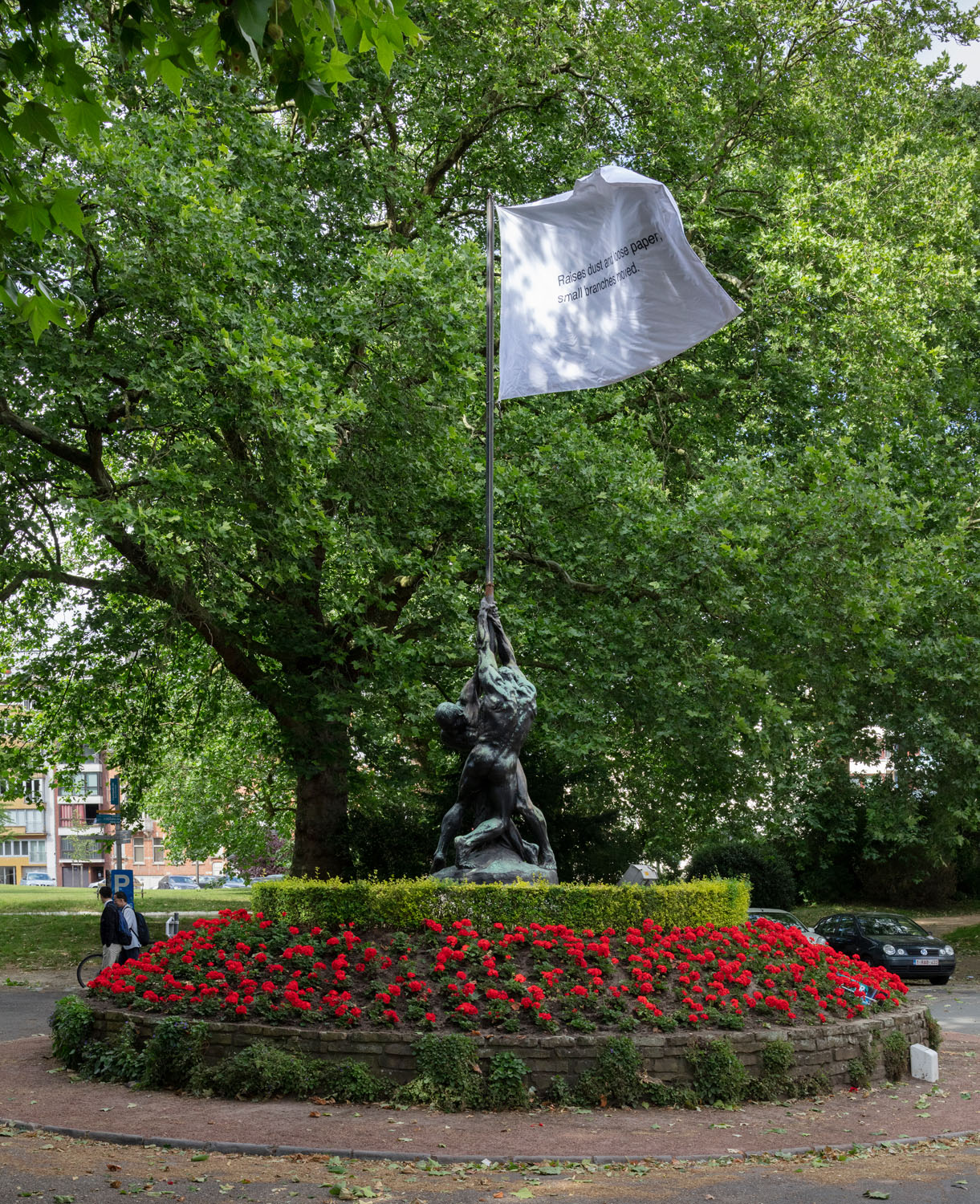 Number 4 and 6, describing a ‘moderate breeze’ and a ‘strong breeze’ respectively, have been extracted from the scale and positioned in the centre of a white flag. Held in place by the muscular, bronzed mast-planters at the base (originally installed by the city of Ghent in 1902), the descriptions are short and without their functional context they deceptively read as certifiably non-technical. Atmospheric forces hold it, and the work describes degrees of the same-said atmospheric strength. It is a de-contextualised set of words that are activated when external forces become strong enough to hold the work in space. Descriptions of things one might see, or hear. Observational sayings. The poetics of weather notation, as if written by the breeze.

The Swedish artist Nina Canell (1979, Växjö) bases her practice on material research and chance circumstances. She understands sculpture as something that includes the space and timescale in which the objects are shown. The surroundings determine the temperature, atmosphere and transformation of objects just as they in turn shape what is around them.

Over the last decade, Nina Canell has created solo exhibitions for a variety of museums and institutions in Europe, Asia, America and Latin America. She has also presented her work in major group exhibitions such as La Triennale in Paris, the Biennales of Lyon, Liverpool, Sydney, Gwangju and Manifesta 7, as well as in the Nordic Pavilion at the 2017 Venice Biennale. Her solo exhibition “Energy Budget” will open at SMAK Gent on the 22nd of June.