Techbane Monologue #5: This Frequency is Good Compared to That (2019) 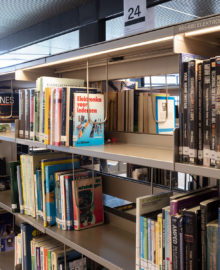 As I fell asleep the reception cut out and I heard a different voice through the earpiece. The voices continued still. Instead of just disassociated gibberish, they started speaking in full words. I heard some background noise and some voices that were chatting. I’m not sure but as I drifted I heard it more clearly, it sounded so weird. They spoke jovially and almost in a musical tone. Excited like a kid who knew where the hider was in a game of hide and seek. The sudden voice and mysterious statement made my stomach turn and skin crawl. Only a few words were somewhat intelligible. I really could hear them and I felt like they are trying to say something to me.

The Techbane Monologue series are performative audio reconstructions of technical issues posted to online support forums by people attempting to troubleshoot a problem. Each segment within a monologue denotes a separate issue, but when edited together and spoken from a single voice, forms a portrayal of someone in an insurmountable quagmire. The complexity of each technical issue is described in terms that reference perceptible phenomena and cultural forms—such as the paranormal—to serve as placeholders for gaps in knowledge.

Situated invisibly amongst the library’s electrical science collection, Techbane Monologue #5: This Frequency is Good Compared to That consists of an unconscious voice that is recounting a collection of disembodied voices heard through electrical transmission.