A Last Song for the Titanic Orchestra

Curated by Diesel project space / In collaboration with artlead 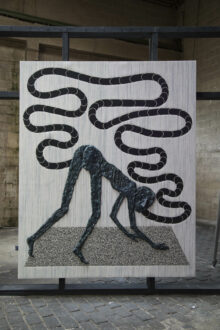 A one-day-exhibition accompanying Aline Bouvy’s billboard called ‘A Last Song for the Titanic Orchestra’ is a tribute to the musicians who continued playing during the sinking of the Titanic, cruising with joy towards an irrevocable end. As the music of the band almost served as their own mortal requiem, the pieces of the exhibition evoke one last dream before we die.