We wanted to write a bit more towards the prospect of raising a flag there in ghent. the flag we would like to fly is black, some kind of a jolly roger, but in place of the skull and bones of a pirate flag.

We would insert the port and devices of the USB logo:

from skull and bones —> port and devices seems like a logical enough transition, given the way the world is digitally evolving. it’s also not lost on us that the site in ghent is a port of another kind. a nice coincidence anyway, but hardly our starting point. the flag grows out of a recently published USB stick of Dexter Sinister work called UNIVERSAL SERIAL BUS (Sternberg Press). At the same time, we also recently made an exhibition at Kunstverein München called ON A UNIVERSAL SERIAL BUS*. we would also like to write a text around the UNIVERSAL SERIAL BUS protocol that would address the interface as both a physical standard and an electronic protocol for exchanging information through a computer port. that text could be made available at the base of the flagpole on a permanently installed, umm, USB stick.

This exhibition is part of SORRY, NOT SORRY, a street art track initiated by Circa Cultuur-centrum Gent, in cooperation with Topo Copy, Kapow & 019, comprising murals, graffiti, performances and art installations, using the city as bearer and crossbeam. 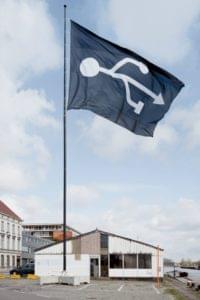 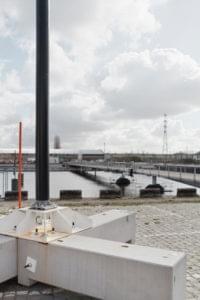 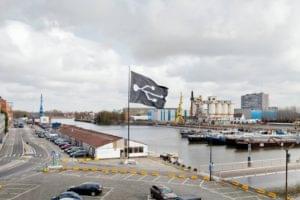 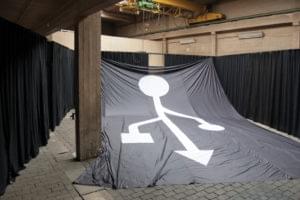 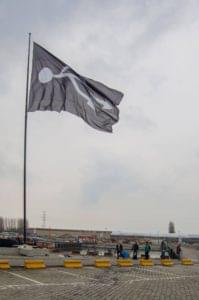 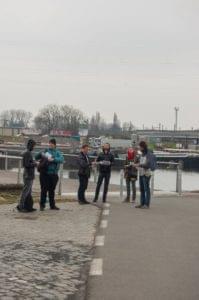 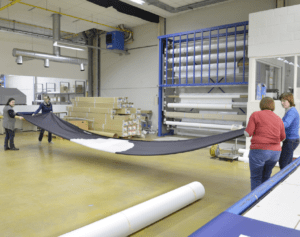 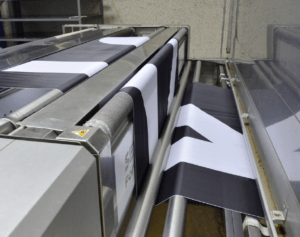