Sanam Khatibi: With tenderness and longing 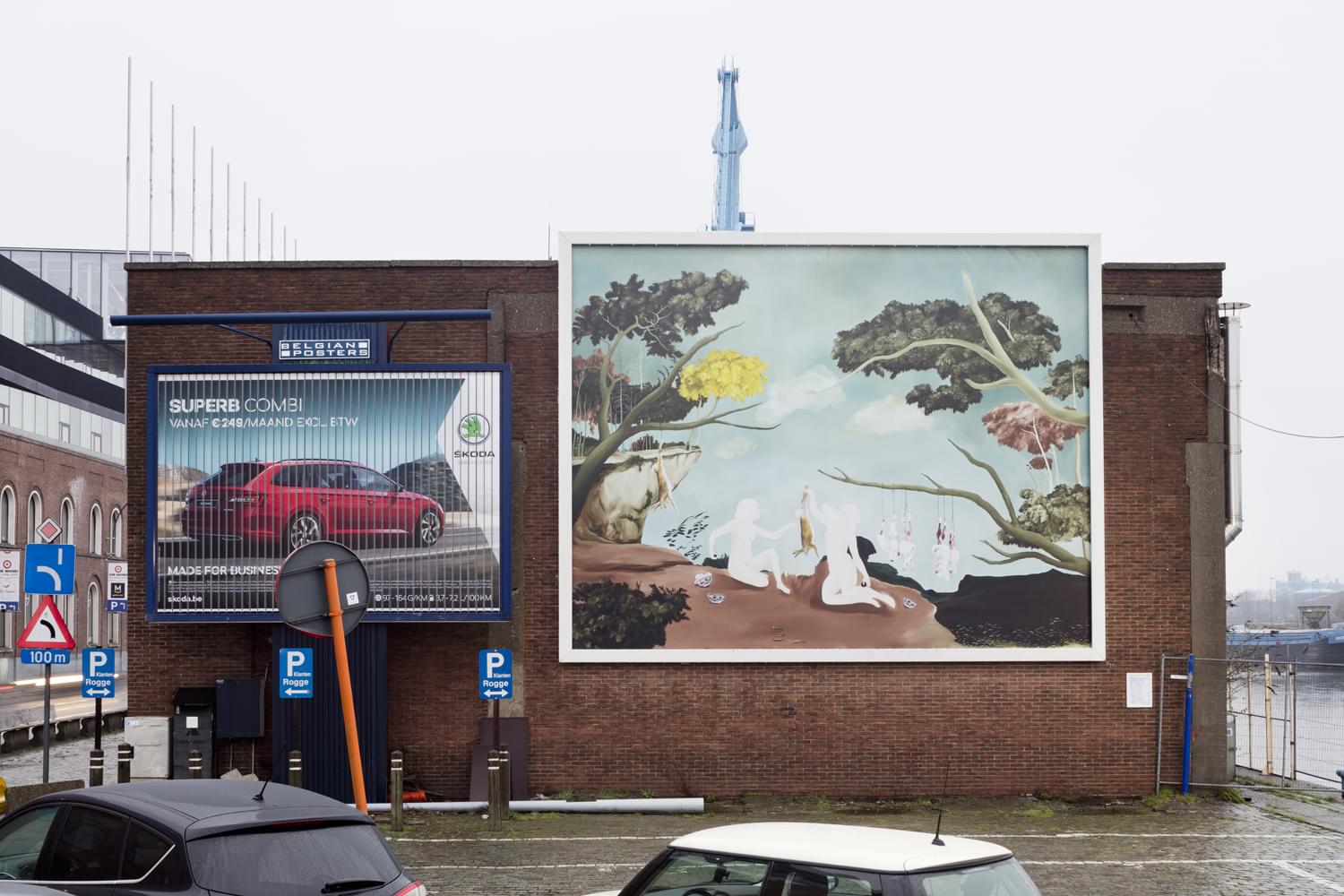 The work of the Iranian-Belgian artist Sanam Khatibi (°1976, Tehran) explores power structures and primary instincts which are situated on the divide between human and animal. In her paintings, embroidery, tapestries and ceramic sculptures she questions our relationship to excess, loss of control, dominance, submission, and the male-female relationship.

The female figure takes central stage in Khatibi’s work. The artist calls these figures ‘nymphs’, and portrays them naked in Arcadian landscapes. The male figure in these colorful, idyllic landscapes is represented by animals – deer, crocodiles, snakes or lions. The relationship between these male animals and the nude female figures often is one of power: the animals are being ridden or skinned, or make bestial love to the women at night.