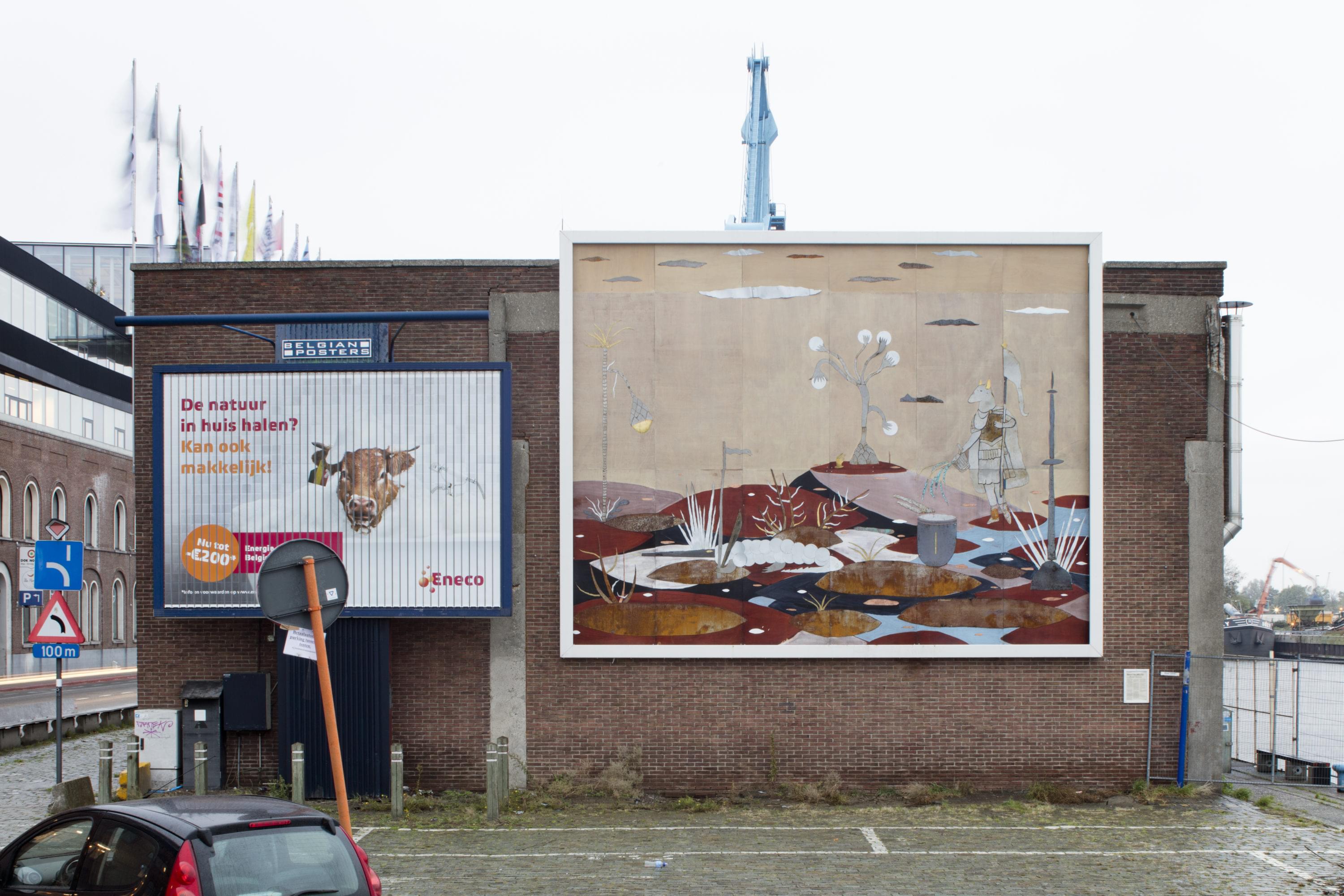 For Billboard Series #09, French artist Martin Belou created a gigantic bas-relief that will transform slowly over the course of his presentation, as the elements leave their mark on it.

In the ten days before presenting this new Billboard Series, Martin Belou will develop a collaborative project with ten master students of LUCA School of Arts – to take place inside 019, just behind the billboard. Together they will work on a performative scenography in which different elements of Belou’s practice will be integrated. This gathering of people and objects in a ritual-like setting – around fire, food and (hot) water – will take place on Saturday 14 Oct. from 15h to 21h. Don’t miss out, because it will be absolutely magical!