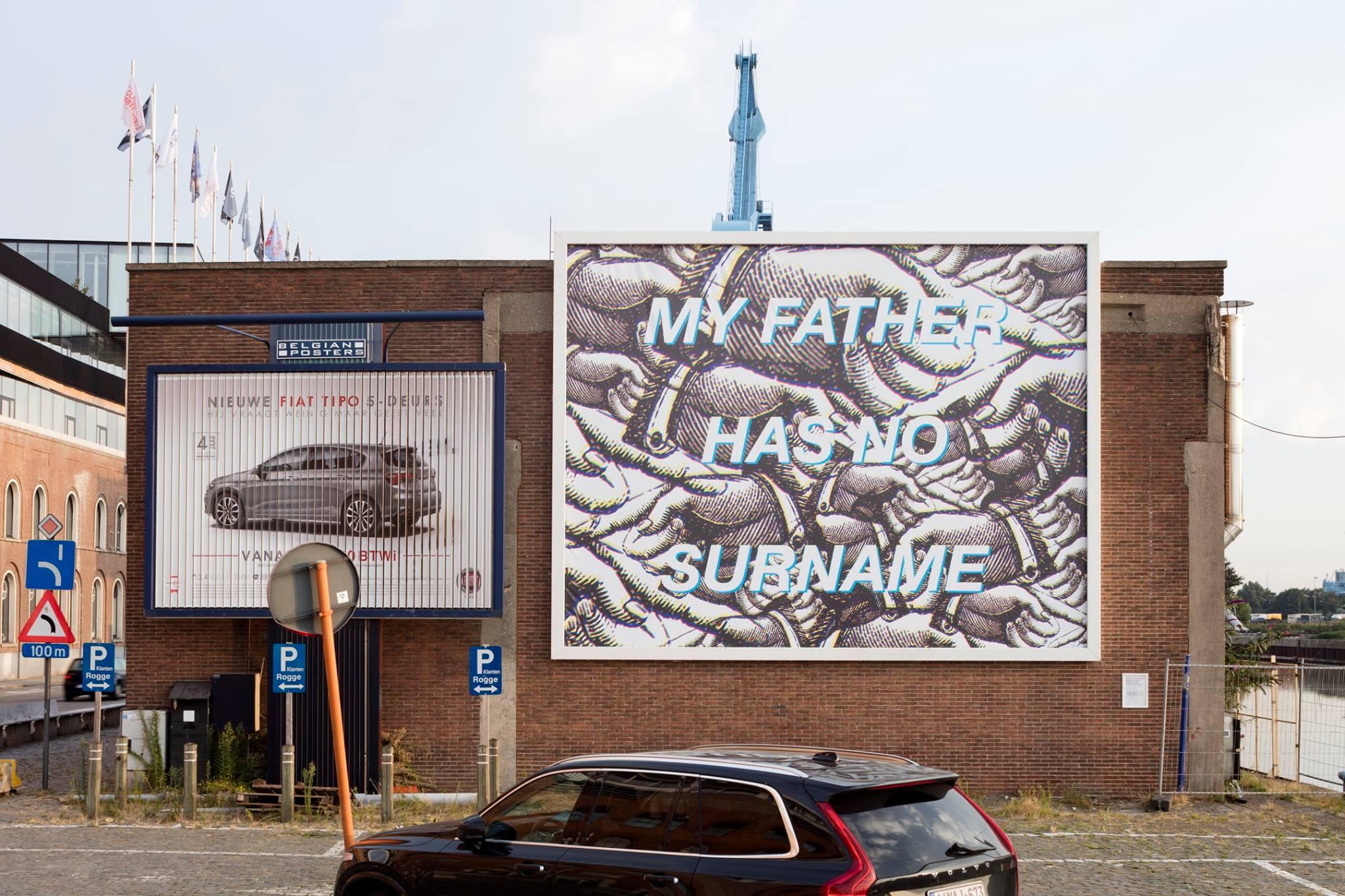 At 19h there will be a performance in front of the billboard, in collaboration with musician Steve Slingeneyer – who you might know as the amazing One Man Party.’

The presentation of our newest billboard coincides with the music festival Different Class – formerly known as “Wastelands”. You don’t need a ticket for this billboard’s opening performance. We gladly invite you to also discover the festival. Check out Different Class 2016 for more details. It’s going to be a sunny day, and there will of course be drinks, Lokaal serves delicious vegetarian dishes and AMOK brings their barista magic.

The practice of Nástio Mosquito (°1981, Luanda, Angola) deals with cultural inheritance in the broadest sense of the term, addressing problems of identity, contemporary culture, politics and post-colonialism. He approaches these issues in a multi-disciplinary way; floating freely between installation, performance, video and music.
His practice often is a collaborative one. Having started as a cameraman and director, Mosquito understands the necessity of exchange and communication to create. Performance, however, remains to play an important role, and Mosquito generally takes center stage. Often assuming personas, the characters he plays don’t necessarily reflect his own beliefs, but are rather based on observations of today’s human condition. As a performer, Mosquito consciously opens up space to interpret identity in different ways, trying constantly to offer different perspectives.
Looking to blur distinctions – especially binary ones such as truth or lie, or right or wrong – this ambivalence is never gratuitous, but rather a way of looking at the world, of being able to pose questions and finding them an audience.