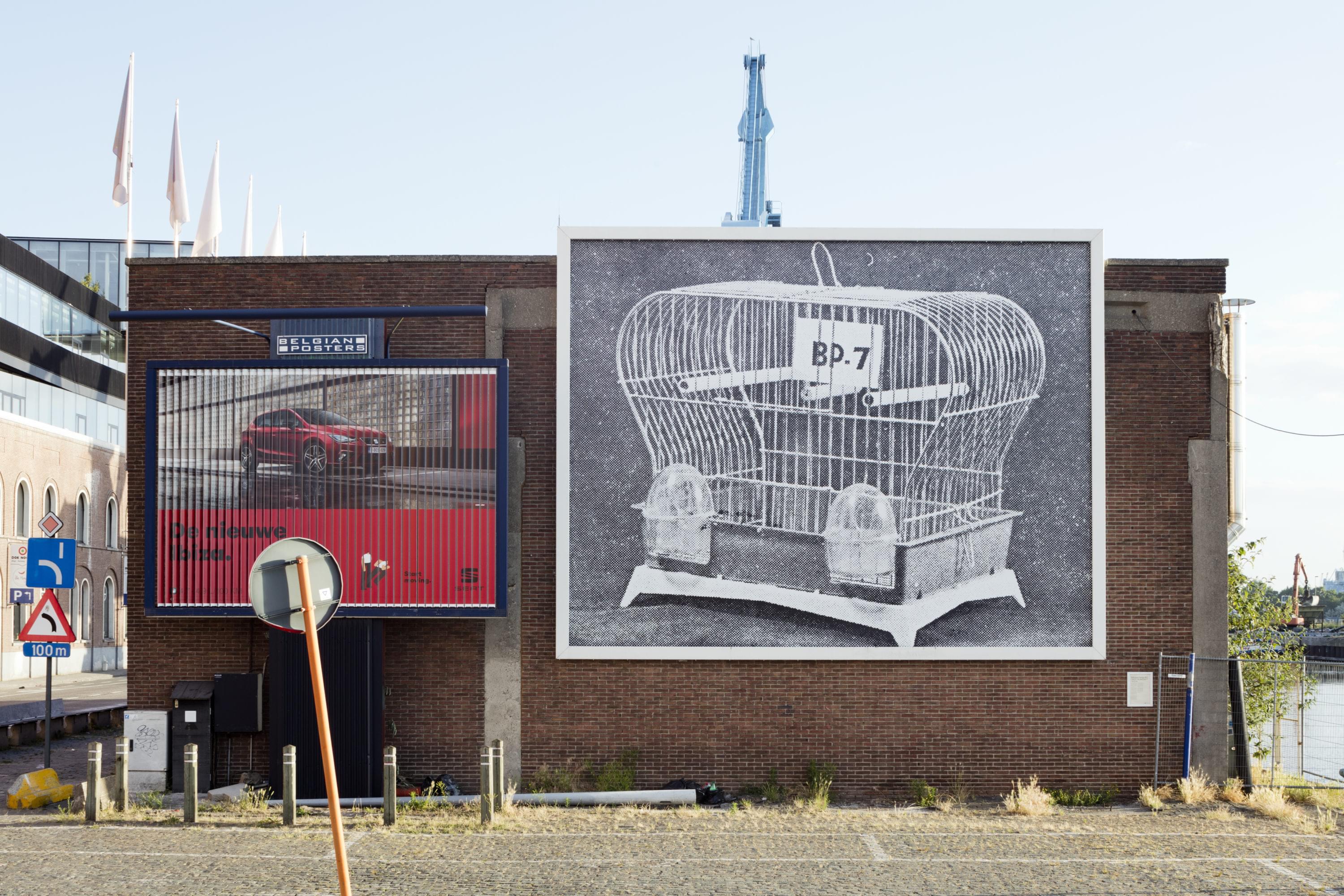 Oriol Vilanova (°1980, ES – lives and works in Brussels) visits flea markets all over the world to collect antique postcards. The cards he buys can depict everything: from kittens to architectural highlights and from archeological artifacts to sunsets. These postcards can be seen as mass-produced reliquaries, tangible memories or souvenirs from places or periods.

Vilanova’s collection contains over thirty-four thousand postcards, which he classifies in over one hundred sections, and presents accordingly. The most interesting section would be the one reserved for cards the artist calls ‘unclassifiable’ – as they are often the starting point for new ways of making sense of this ever-growing collection.

While this collection of postcards lies at the core of his practice, Vilanova extends this act of collecting to secondary collectibles such as printed advertisements and the typical haggling conversations between sellers and buyers at flea markets. So far, nothing of these secondary collections has been made public.

For this new Billboard Series, Vilanova presents I.M.D.A. – an image for one of these secondary collections, for the first time. The artist esteemed the context of a billboard an interesting moment to publicly present a part of his collection of printed publicity matters. While this image on the billboard has a clear commercial character – in both the way of presenting the depicted object as in the design of the ad – it is actually showing a dysfunctional object.

By re-contextualizing an object of desire to another time, in another culture, and on another scale, it loses its value as an object of desire and becomes an evocative and enigmatic image. As such, I.M.D.A. could be seen as a short poem, referring to both the industrial past of neighborhood around the billboard and the transition the area is in, but simultaneously open to many different readings.