Just besides 019, next to the bridge over the Handelsdok, we present S&D#025: Rem Koolhaas and his Office for Metropolitan Architecture’s “European Flag Proposal” (2005). This gigantic flag looks like a barcode and seeks to unite the flags of the EU member countries into a single, colorful symbol. In the current European flag, there are a fixed number of stars. In the barcode however, new Member States of the EU can be added without space constraints. Originally, the barcode displayed 15 EU countries. In 2004, the symbol was adapted to include the ten new Member States.

S&D#025 is a part of SORRY, NOT SORRY, a street art track initiated by Circa Cultuurcentrum Gent, in cooperation with Topo Copy, Kapow & 019, comprising murals, graffiti, performances and art installations, using the city as bearer and crossbeam.

Additional thanks to Megaton Prefab Systems. 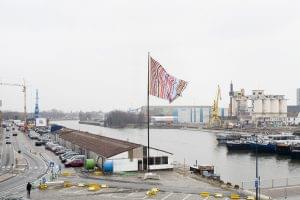 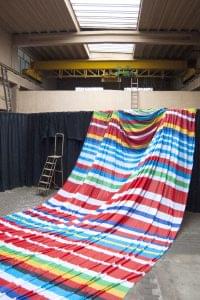 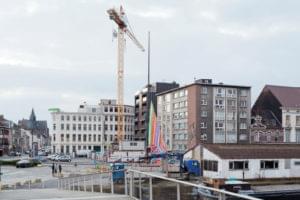 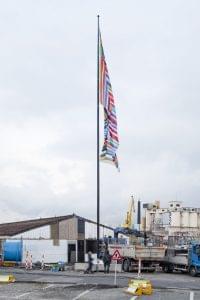 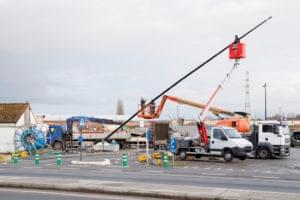 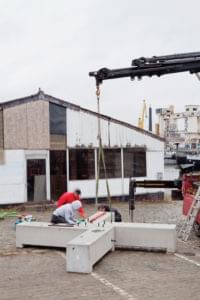