This flag dates back to days at art college, about 30 years ago — I didn’t make any art at that time, but I started to make a film that consisted only of the word INTERMISSION flickering, though it was not completed. ‘Intermission’, a full stop or space between chapters, a duration of unfilled time, a bog break —  the word  on the flag could be seen as a looped projection and so is a permanent break — but it is like a movie, because it is rectangular and animated (by the conditions, wind and whatever.)
Flags are heroic, they are about territory. The word ‘…mission’ suggests something heroic, a story, a conquest, but an ‘inter-mission’ is unheroic – a space between content, a non-territory, non fantasy duration, — Fly thee well

Fiona Banner AKA The Vanity Press 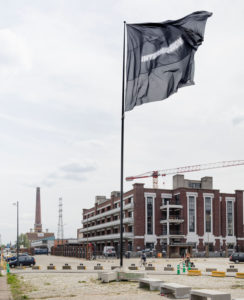 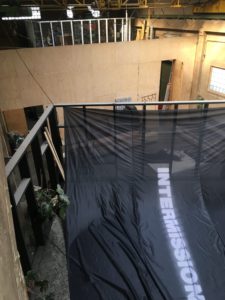