A ROOM FILLED WITH ELECTROMAGNETIC TRANSMISSIONS AND GESTURES OF ABSENCE

A series of FM and AM transmitters are placed on the outside of a newly constructed room. The content—any information—is removed from the radio signals so that only the base frequencies (carrier waves) are transmitted will override and silence a radio station on that frequency. During the exhibition, it is possible to carry around a radio to listen to the carrier waves, or rather, the absence of the stations that usually occupy the spot on the dial. If you were down the block from the exhibition-space and would turn your radio to a certain station, you would hear people talking or music, but as you move closer to the exhibition, the radio would turn silent. Inside the constructed room, the carrier waves are so strong that it overwhelms everything else. The work is about not merely the presence of radio waves in general, or transmitting for the purpose of non-communication, but the potential subtracting the radio stations that might occupy those frequencies by transmitting their own carrier waves. Therefore, the space is emptied from certain radio broadcasts and filled with electromagnetic transmissions. What appears to be an empty room is, in a way, even emptier. The opposite is happening within the television frequency spectrum. A space that was completely filled for the last decades with content turned to silent some years ago when television went digital. Within the exhibition space TV transmitters are broadcasting a series of test-patterns. 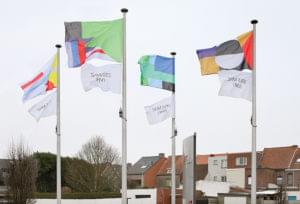 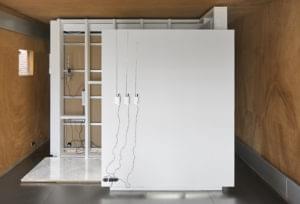 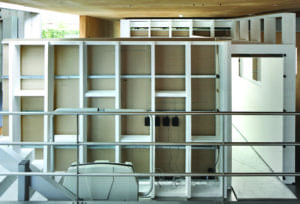 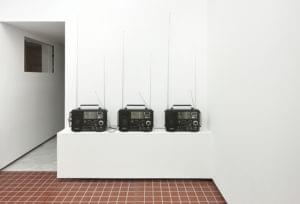 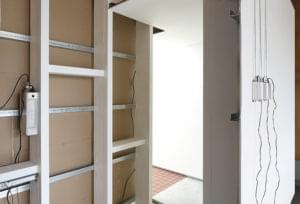 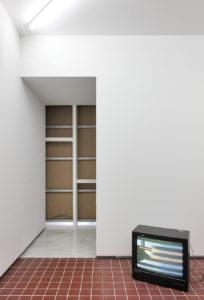 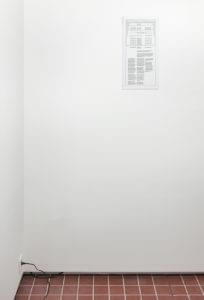 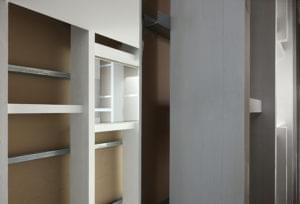 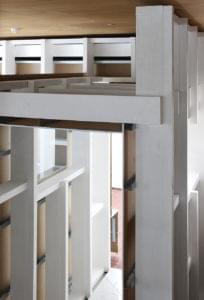 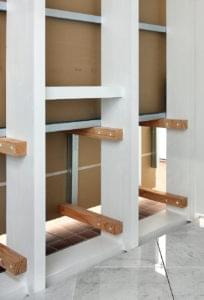 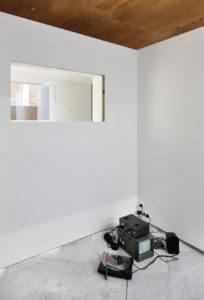