Around 600BC, the Greek philosopher Thales of Miletus, began studying magnetic lodestones. He postulated that the stone’s mysterious power to attract and repel iron had come from an invisible life-force; an idea which correlates to the ancient Greek belief that physical movement is only possible with a soul.

There are many kinds of instruments for detecting magnetic fields. Magnetism produced by the central nervous system can be measured by a finely-tuned magnetometer such as the Superconducting Quantum Interface Design,
or SQUID for short. And while the electronic SQUID is used by scientists to identify otherwise ephemeral magnetic fields, living animals also share this ability. Animal magnetism is a term coined by the 18th-century German doctor Franz Mesmer to describe what he believed to be an invisible natural force employed by animals. Today it is thought that birds orient themselves by their ability to sense the Earth’s magnetic poles. The beak of a homing pigeon, for instance, behaves in a similar way to a compass due to tiny magnetite receptors which are sensitive to subtle changes in magnetic fields. Although yet to be proven, some scientists believe we also have an evolved sense of direction derived from a chemical in our eyes.

Auras is a collection of drawings that explore the relationship between magnetism and invisible life-forces. The machines depicted are designed to reveal auras, magnetic fields, as well as the technical issues believed to be triggered by both. The works come from Mechanical Systems Drawing, an ongoing project which informs the creation of electronic works by Mathew Kneebone. 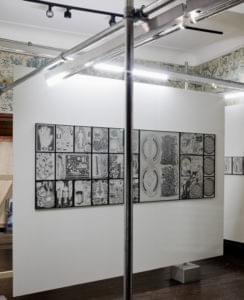 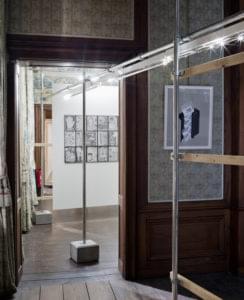 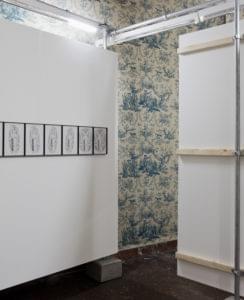 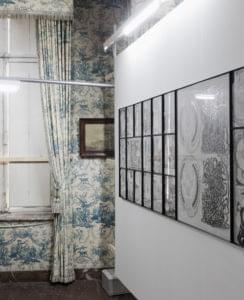 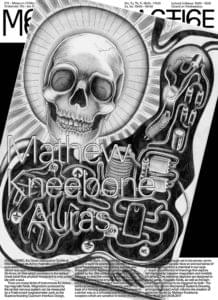