“The lightning flared and Wilson saw that it was a man. He couldn’t move. Stupefied, he watched the black form crawling down the wing.”

Faith in Machines takes folkloric superstitions such as the mechanically minded gremlin to discuss the ways in which complex technical issues can be personified. The short story Nightmare at 20,000 Feet by Richard Matheson provides the point of departure for the exhibition. It follows Bob Wilson, a paranoid airline passenger who is antagonised by an illusive creature that tinkers with the aircraft’s engine parts.

Amongst the works on view are a collection of devices whose touch sensitive interfaces have been modified, including smartphones, tablets, and trackpads, all operating autonomously as though possessed. Kneebone stumbled across this phenomena when working with static electricity to re-create William Duddell’s Singing Arc experiment. He recalls hearing music being played from an unplugged studio speaker “whilst at the same time the windows of my operating system were moving about chaotically on the screen.” The shape of each device is derived from the artist’s formal study of thunderclouds (cumulonimbi) which are also fabricated electrostatically through a popular children’s educational science experiment.

Complimenting these works are a selection of drawings from Kneebone’s ongoing series Mechanical Systems Drawing, which investigates the conventions of technical imagery which are in-turn used to visualise and inform the creation of his sculptural works.

Mathew Kneebone (b.1982 in Melbourne, Australia) is an artist who addresses user anxieties, acquisition of technical knowledge, and superstition. He has exhibited in group shows internationally with Faith in Machines at 019 being his first solo exhibition. Mechanical Systems Drawing will be published by Dent De Leone (UK) later this year. 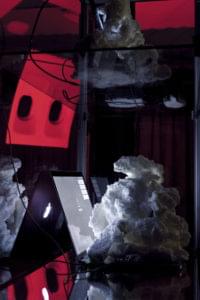 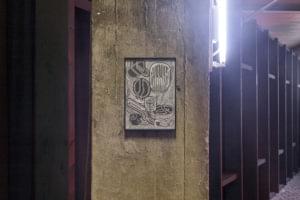 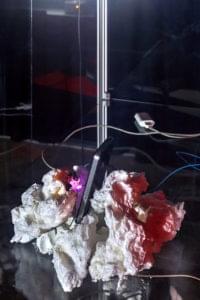 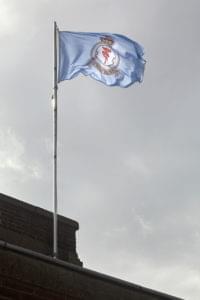 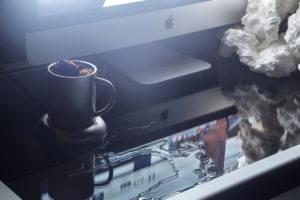 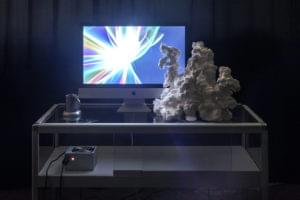 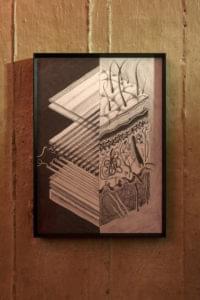 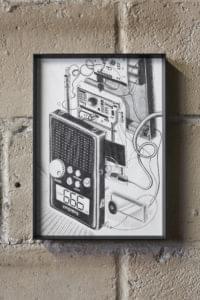 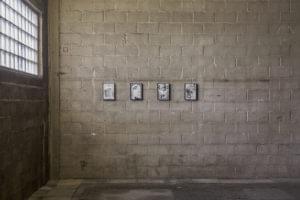 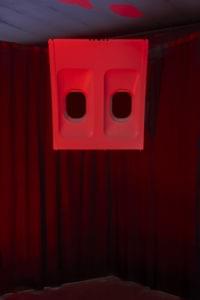 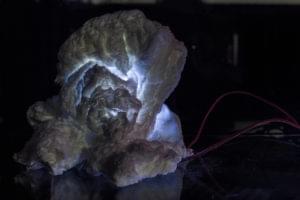 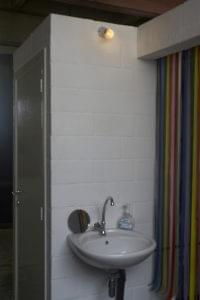 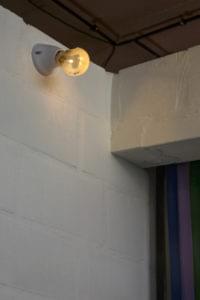 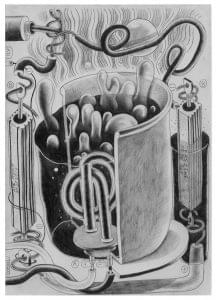 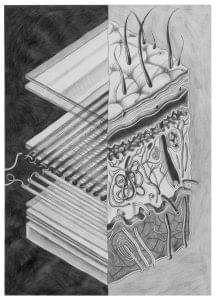