DEAN ALLEN SPUNT
Dean Allen Spunt (born November 30 1981) is an artist and musician from Los Angeles, CA. He was a founding member of the performance art punk group JEWS and band WIVES in 2000 and started his Post Present Medium record label in 2001. In 2006, alongside Randy Randall he co-founded the band / project NO AGE who have toured the world and have played such venues as The Museum Of Modern Art in New York City, The ICA in London and the Hammer Museum in Los Angeles. Spunt’s recent solo practice has taken the form of sound generated into an immediate physical object. Cassette players drowned in paint trapped inside vessels of glass, representational sound, records of performance. In 2012 Spunt performed at The ICA in Philadelphia, USA and In 2013 he performed at Public Fiction Gallery in Los Angeles, LAND (Los Angeles Nomadic Division) and at PERFORMA 13 in New York City.

BERT HUYGHE
After an avalanche of group expositions, the release of a solo LP, a lifelong ban from Croxhapox, and the winning of the Geuzenessay, the time has come for Bert Huyghe to take a break. However, before he will be allowed to go drink cocktails on some faraway beach he will enter the stage one more time – on June 11th at 019 to be specific. Here, Huyghe will perform a live reading of his winning essay ‘De Bokser’. This text, which was prized by the judges for its wonderful, meandering use of language and called a pamphlet promoting disobedience within the arts, should be read as a personal statement describing the fundamental attitude of the artist Bert Huyghe. After the reading, Huyghe will auction off a number of unique pieces from his oeuvre, the proceeds of which he hopes to spend on the acquisition of a suit (finally). 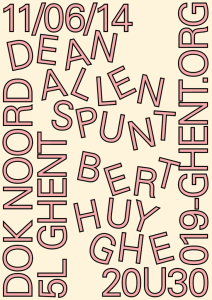 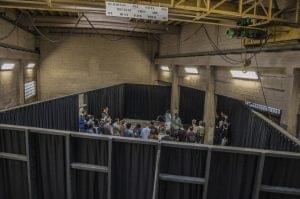 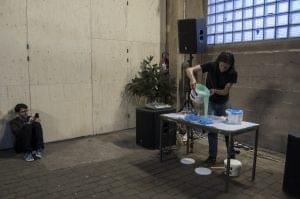 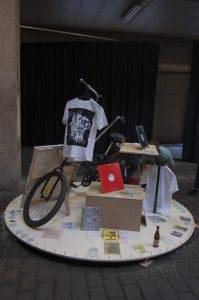 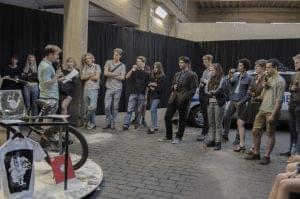 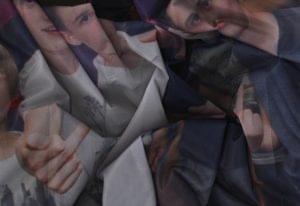